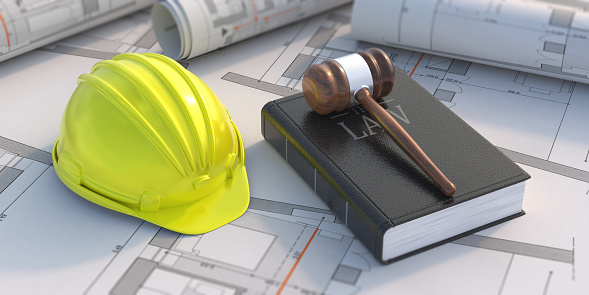 A proposed New York law would dramatically increase fines for construction companies after accidents that lead to criminal convictions.

The law is known as Carlos's Law, named after Carlos Moncayo, who was crushed to death by thousands of pounds of dirt at a construction site in Manhattan in 2015. As the New York Times reported, the general contractor was ultimately convicted of manslaughter, criminally negligent homicide, and reckless endangerment — but because of state-imposed limits on corporate penalties, they were fined just $10,000. Then-district attorney Cyrus Vance called it "Monopoly money" for the company.

The proposed law, which has passed both chambers of the legislature and currently awaits Gov. Kathy Hochul's signature, would give courts discretion over restitution without a cap and impose minimum fines of $300,000 for misdemeanors and $500,000 for felonies in cases involving injury or death.

The hope is that the fear of increased penalties could deter construction companies from negligent conduct, especially on non-union work sites.

Under current law, construction companies are rarely criminally charged or thoroughly investigated in New York. Even the prosecution in the Moncayo case hinged in part on a coincidence: one of the police officers who responded had experience working in construction, and he immediately recognized that the trench where Moncayo died had not been properly reinforced.

According to prosecutors, he had been forced to go into the trench despite the danger simply because the project was behind schedule.

Carlos's Law highlights the need for accountability and representation

Our hope is that the governor will sign this bill into law and establish tougher penalties for construction companies that put profits ahead of safety. However, the criminal justice system is only one piece of the puzzle, and it's worth noting that holding a construction company liable in criminal court will always be challenging because of the higher standard of proof. This is why the civil justice system also stands as a source of accountability and justice for victims.

If you are hurt on a construction site by the negligence of a third party, you have legal recourse through a civil lawsuit, whether the State of New York chooses to pursue criminal charges or not. A civil lawsuit can potentially recover compensation for damages not covered by workers' comp, such as excess wage loss and pain and suffering. It also sends a strong message to construction companies and other negligent parties that they must put workers first.

However, winning these cases isn't easy. A successful case requires thorough investigation, meticulous preparation, and an attorney with a winning track record who can stand up to the construction companies and their insurance companies. The construction accident lawyer you choose will make all the difference. If you've been hurt, schedule your free consultation with Keogh Crispi, P.C. today.