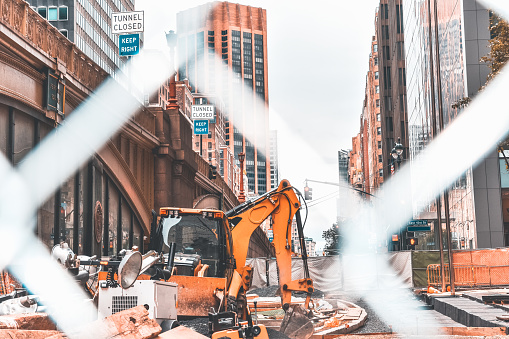 The construction industry saw an alarming increase in deaths in the first year of the pandemic than in years prior.

The spread of COVID-19 in 2020 caused many construction sites to shut down, which resulted in fewer people being employed. Even so, New York still saw an increased fatality rate in construction accidents.

Construction is one of the most dangerous industries for workers. According to a recent report by the New York Committee for Occupational Safety and Health (NYCOSH), 41 workers were killed on construction sites in New York in 2020. Thirteen of these deaths occurred specifically in New York City. Overall, the deaths represented a 9 percent increase in the state's fatality rate.

Why is the fatality rate increasing?

Federal regulators conducted the lowest number of inspections ever in the state in 2020. The decline was 53% from the previous year.

Most workplace deaths occur when there is a lack of precaution, protection, and care for the workers. In fact, in 97% of the cases where a construction worker died, the workers' employers had OSHA violations.

These violations can range from failure to issue fall protection to having untrained workers.

Findings from the OSHA report

Charlene Obernauer, NYCOSH Executive Director, told Construction Dive that New York should be a national leader in worker safety. But the findings from the OSHA report showed otherwise.

According to the Gotham Gazette, labor advocates credit NY construction deaths to gaps in union representation, the ill-treatment of immigrant workers, and a system that does little to nothing to punish contractors for unsafe working conditions.

Four out of five fatalities on private construction sites in 2020 happened on jobs where workers were not unionized.

Furthermore, it is less likely that Latino construction workers are unionized. Hispanic workers specifically held about half of all non-union construction jobs from 2006 to 2015, according to a study from the Economic Policy Institute.

Some that are undocumented are taken advantage of because they are afraid to speak up about safety violations or other potentially hazardous situations that may lead to a construction accident.

Regardless of immigration status, all construction workers have a legal right to work in a safe environment.

At Keogh Crispi, P.C., we're known for successfully representing injured construction workers in New York City and throughout the state. Discover what our law firm can do for you. Contact us to schedule your free consultation today.